PLOWZ & MOWZ loves lawn mowing like most people love movies… so this is us trying to find common ground. Here is a list of our favorite lawn mowing scenes from major pictures. Order yourself a MOWZ on demand lawn service and take a look. If we missed anything, or if you disagree with the rankings please let us know.


Starring Melissa McCarthy and funnyman Bill Murray, St. Vincent tells the story of a boy whose parents are going through a divorce. The boy, Oliver, finds an unlikely friend in Vincent (Bill Murray), a misanthropic, bawdy, hedonistic war veteran who lives next door. This scene shows Oliver’s mom returning from work to find her son mowing dirt in Vincent’s lawn as he sleeps. Why was Oliver mowing dirt? ‘To teach him how the world works,” says Vincent. The real reason? Make us laugh at the ridiculousness of the situation.


This story revolves around a girl named Olive. Played by Emma Stone, Olive throws away her status as a clean-cut high school student and pushes the bounds of what is socially acceptable for a girl her age. She relies on the power of the rumor to advance her social and financial standing. This scene pays homage to a number of different 80s classics as her love interest, Todd, stands on top of a mower blasting music from his portable speakers. Good move, Todd… good move. (Kids, take note. There’s nothing more romantic than a riding lawn mower.)


A young Patrick Dempsey plays nerdy outcast, Ronald Miller. Ronald, desperate to break out of his geek status and into the cool clique seizes an opportunity when he sees his crush, Cindy Mancini, in a financial bind. He offers he a thousand dollars for her to pretend to be his girlfriend in hopes that this will catapult him to the top of the social ladder. In this scene, he’s mowing the grass as Cindy is on her way out with friends. She says goodbye before hoping into the back of a convertible and driving off. She doesn’t make it far, though. She brings to convertible to a stop, and then jumps on to the riding mower with Ronald. They drive off into the sunset.


This Best Picture likely needs no introduction. Tom Hanks brings excitement, anxiety, tears, laughs and ear-to-ear smiles in his role as Forrest Gump. Although he may not be the most intelligent man, he finds himself in the middle of countless historical moments. All the while his true love, Jenny, eludes him. She eludes him up until this scene. This tearjerker, to the sound of Alan Silvestri’s orchestral composition, shows Forrest mowing the lawn only to be interrupted by the long awaited arrival of his one true love.


Kevin Costner plays Iowa farmer Ray Kinsella. Ray hears voices in his head saying, “If you build it, he will come.” Ray interprets ‘it’ as a baseball diamond and ‘he’ as Shoeless Joe Jackson. He is inspired to cut down part of his cornfield to build a baseball diamond in hopes that it will call upon the spirit of Joe Jackson and the other 8 members of the banned 1919 World Series White Sox team. In this scene, his daughter rides along and neighbors begin to gather and watch on in bewilderment as Ray coverts part of his crop field into a baseball diamond.

This 90s zombie movie scene features a brain dead massacre at the hands of a lawn mower. Named one of the ‘Top 10 Zombie Kills of All Time’ by WatchMojo.com.

This scene, from the 1988 comedy, shows Randy Quaid using an oversized, over equipped mower to mow a patch of grass no bigger than 30 square feet… to his neighbor, Richard Pryor’s dismay.

Unfortunately, the official White and Nerdy music video does not count as a movie, but still deserves a place on this list. “They see me mowing my front lawn…”

Also, this scene is not from a movie. It’s from the wildly successful HBO show, True Detective. This scene shows the creepy serial killer for the first time mowing the lawn of an abandoned church. 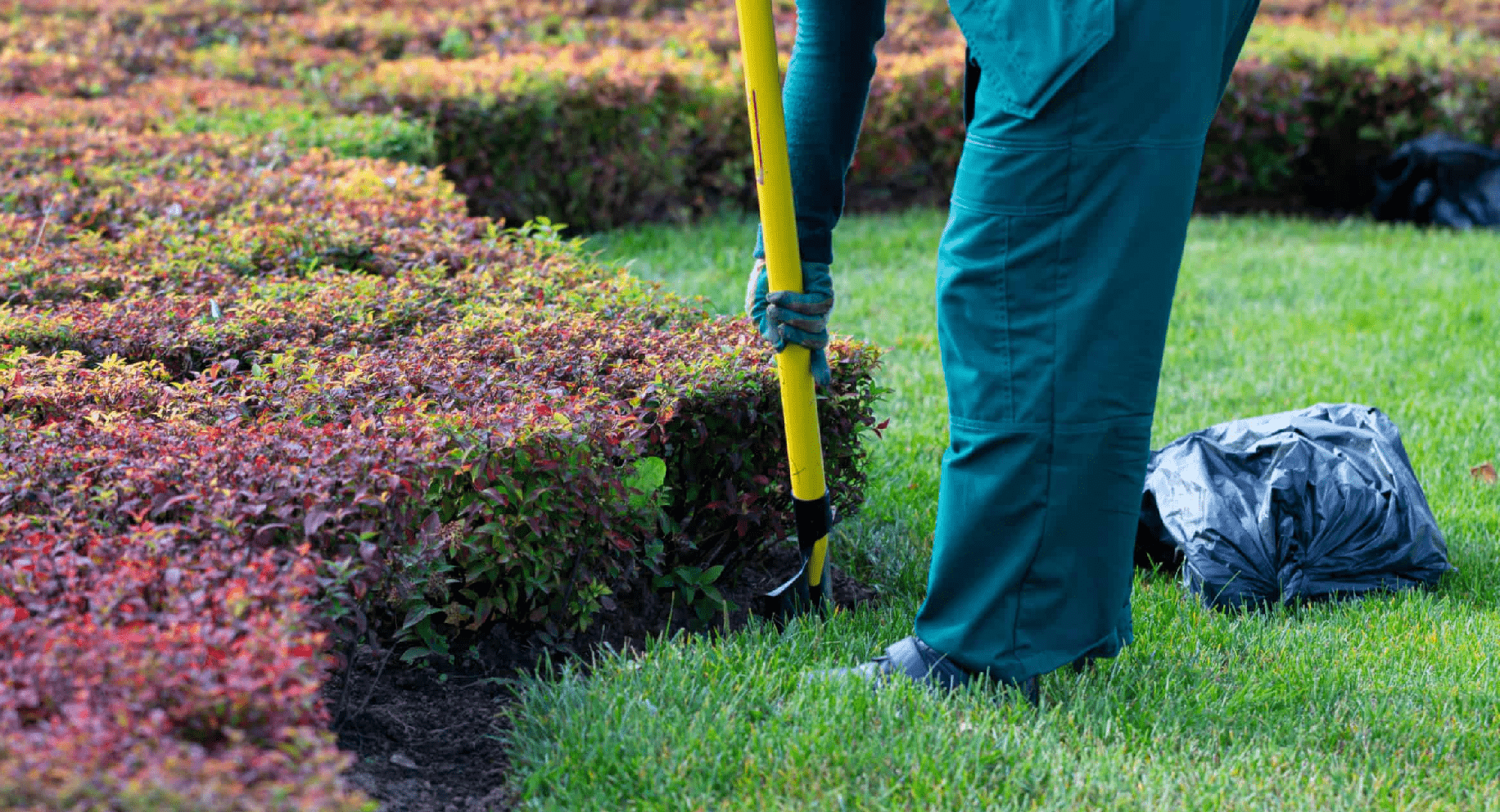 How Much to Charge for Lawn Edging Need your lawn seeding to germinate and grow quickly? Here is the solution.